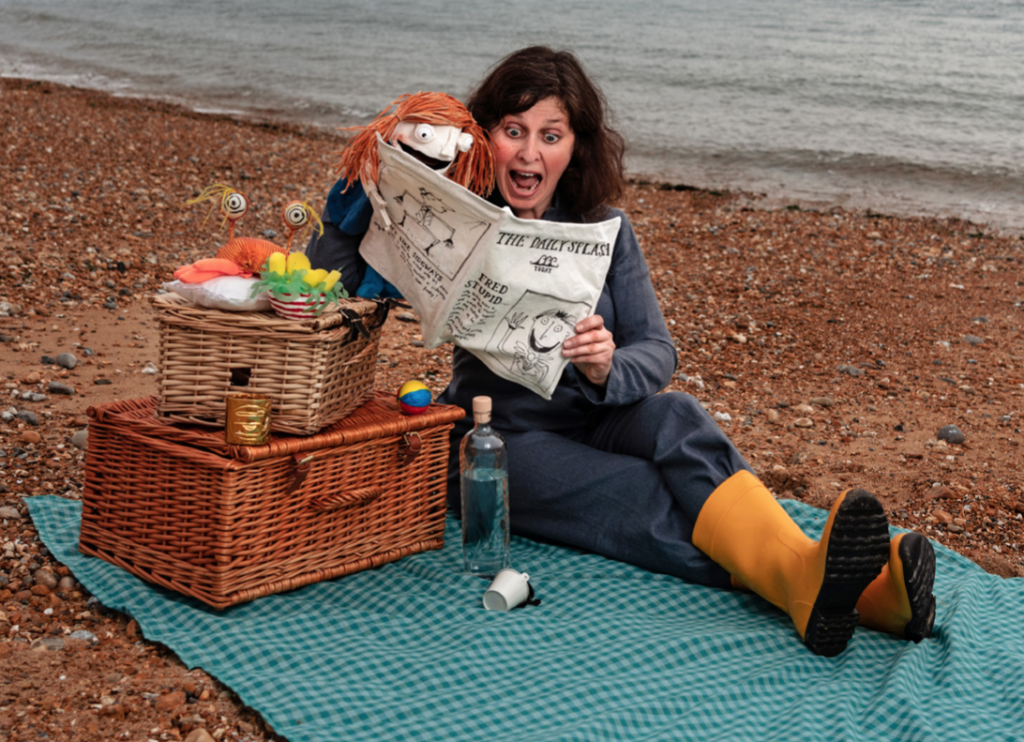 Stinky McFish And The World’s Worst Wish is a seaside version of the Grimm Brothers traditional fairy tale ‘The Frog Prince’. Scuttle Stinky McFish is a crab who longs to be human. Can little Lucy help to make his dream come true? Should Scuttle The Crab be careful what he wishes for? Meanwhile, Marina The Marine Explorer needs some help to make life in the rock-pools good again for everyone.

An original and beautifully crafted comedy show with songs, puppetry and play, Stinky McFish And The World’s Worst Wish is about friendship, home and the environment.

Jo’s Portable Art Department is run by Jo Neary. Jo starred for two series in So Awkward on CBBC as Miss Jones, (the Librarian with A Moustache) and also in Young Dracula (also CBBC). She has performed in shows for older children on Channel 4 such as Skins and My Mad Fat Diary. Joanna recently worked as a presenter for a Radio 4 arts programme, curating contributions from children and grown ups, ‘The Art Of Now – Inbox’ in 2018 (available to hear on iplayer). Nominated for the Edinburgh Comedy Award –Newcomer for her first solo show and also Leicester Comedy Festival (Best Show) in 2016, Joanna has won Best Actor awards for her character comedy from Latest Awards and Fringe Report.

All events are online, run in partnership with venues across Scotland and available to audiences based anywhere. Please select the booking link for ticket purchase. Technical details of how to watch may vary show to show, please check directly with the venue that you book your ticket from.